The journey to Losby Gods, and your stay at the manor, is a journey back in time and through age-old traditions. Let us tell you the story.

History and old traditions remain as echoes of times gone by, when Losby was a large estate. The story of Losby is the story of the peaks and troughs of the timber trade, of famous Christiania residents, recreation, entertainment, hospitality and hunting trips, but also of hardworking smallholders and servants.

The name Losby comes from the man’s name Loptr, and means «Loptr estate». Gods is the norwegian term for Manor. This property came into being when the three southernmost forest estates of Losby, Vestmork and Østmork were combined into one. The three estates had their own small sawmills when the timber industry was booming in the 16th century. The first smallholdings came into being on the estates as early as the 17th century. The smallholders were saw millers by preference, and many of them worked for Losby Bruk as sawmill or forest workers.

The timber trade was a great money-spinner at that time, and Losby was just the beginning for Christiania tradesman Peder Cudrio in 1744.

He became the master of most of the forests between Oslofjorden and Øyeren, an area of approximately 40 000 acres. When Peder Cudrio passed away, his wife Karen Cudrio managed the properties until she died 32 years later.

Lumholtz started holding festivities here, and many great people were guests at Losby. 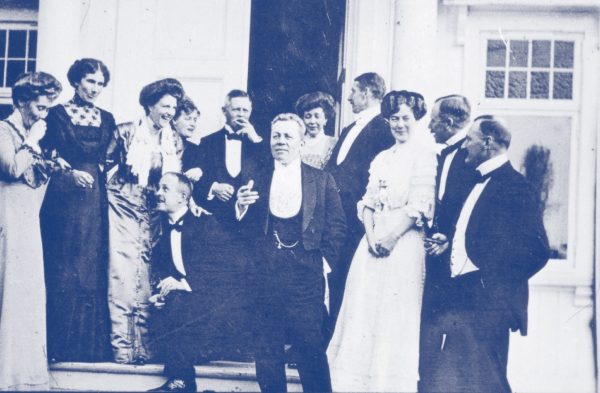 Karl Johan, then King of Sweden, and his retinue probably made the grandest visits to Losby in the early 19th century. When important people were guests of the estate, the daughters of the smallholders were often asked to «provide entertainment». This gave rise to the rumour that smallholder Hans Gulbrandsen, born in 1816 in Lia, was the son of the King of Sweden. In 1829, Lumholtz had financial problems and sold the estate by auction to Jacob Peter Meyer and Isak Muus.

Losby Gods stayed in the family between 1829 and 1896. Various family members have had the pleasure of owning it.

Lorentz Meyer Boeck was the first chairman of Lørenskog in 1908 when Lørenskog became a separate municipality. His wife, Kathrine Boeck, ran Losby alone for 22 years until she passed away on New Year’s Eve 1959. The Boecks had no children, and so the estate was divided among 18 relations. The joint property of I.S. Losby came into being, and one manager ran the estate. 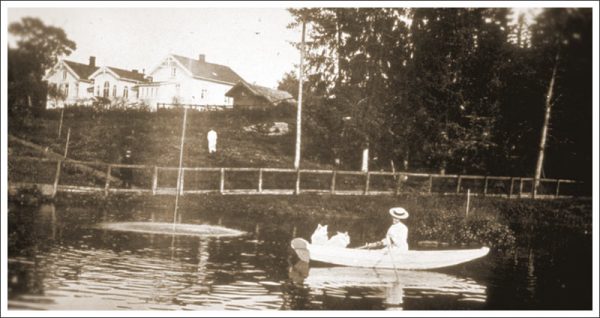 Modernisation took over with a vengeance after 1960, and the number of people employed at the estate was halved. Tractors, trucks and modern forestry machinery were adopted, and large tracts of land were deforested. In the 1980s, the estate ceased to employ anyone; all the felling was outsourced to a contractor and 300 year-old traditions came to an end.

Luckily, the run-down estate was bought by the Fjellheim family, and Losby Gods has become what it is today – a modern course and conference hotel with character and tradition.

We hope that the staff of Losby Gods will help you to enjoy a memorable stay in this extraordinary and special hotel.